As my brother puts it in our very filmi khaandani way, (if you have watched Bollywood movies, you will know what it means!)

The problem is that we both argue on who is serving the sentence, but I think we both are! (lol!) Needless to say it’s been roller coaster ride with the first year being the toughest understanding each other and adjusting in the new families (as every family has their own crazy ways which feel alien to the spouse at first.. but then they join the club and become a part of that madness! lol!).

Like every other couple, we have had our good times and not so good times (where we wanted to kill each other! haha), but there has been more good than bad and that’s what keeps us going!

How we met, is another long story for another anniversary maybe (when I am ready to tell the kids the crazy story – but not just yet! lol). So I’ll start this post with the events that followed & the festivities around the whole wedding!

It all started with the official dinner my parents hosted and invited Mohsin’s family over to say the formal ‘Yes’.  I was 22 and he was 25. We were both quite young and sometimes I question if I was sensible enough to make this HUGE decision. So every argument we have now ends with how he never let me think too much and ‘pushed’ me to say yes! His version is different (lol) but the truth is that I quite liked him but wasn’t ready to get hitched and wanted to think it over and Mohsin made sure of that I didn’t! – True story! I had major cold feet, a month before the wedding but that’s another long story for another time!

Pakistani Weddings these days are quite extravagant, but our was much simpler, with a Nikkah (at home during the day), Mehndi (at home), followed by a Shaadi and a Valima. 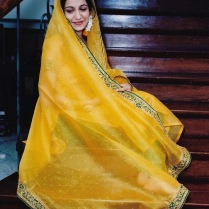 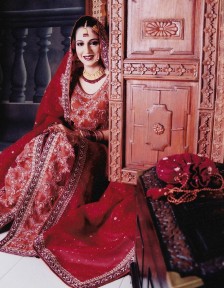 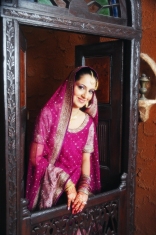 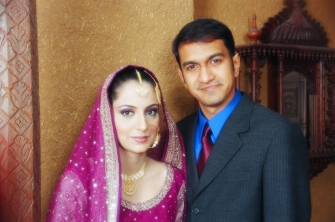 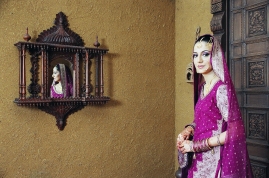 You can probably tell I liked my Valima pictures the most! Another reason I didn’t share many of the Mehndi and Shaadi pictures is that my family won’t forgive me! (lol! Some of them looked really funny then – especially the teenage cousins! )

If you ask me what have we gained and lost after all these years.. my answer always is:

I have gained a LOT of pounds and he has lost a LOT of hair! That pretty much sums it all up!

Like every other wife I say (read complain) to him that:

You have changed so much, you don’t give me time, you don’t talk to me, you are always travelling, blah blah blah…

But one thing that hasn’t changed in ALL these years (and I can never complain) is the way he looks at me, probably thinking “Yeh Cheez Kia Hai!”! (By the way, which for some reason has been caught on camera so many times! I was amazed myself while digging through the old photos!) 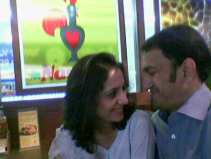 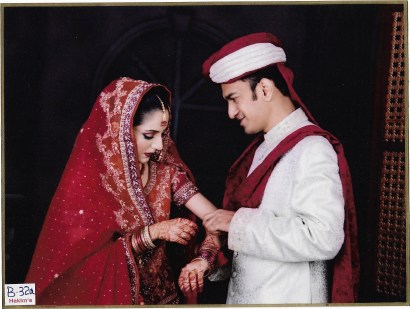 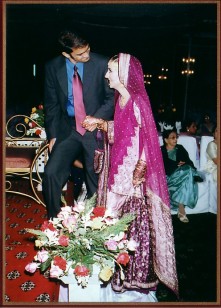 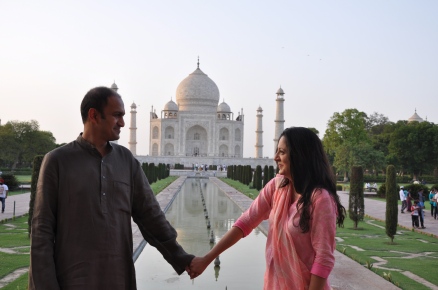 So here’s to many more of years of him staring at me and yet wanting to strangle me! (He’s probably been contemplating my murder and I am thinking “Awww he loves me so much!” LOL!)

I hope you enjoy this post, as much as I did putting it together!