Dangal is one of those movies that you watch and are blown away by it. I feel at a loss of words  -what do you say about a movie like Dangal! Let me give it a go..

Dangal is a movie about a passionate wrestler from Haryana, Mahvir Singh Phogat and his obsession with winning a Gold in wrestling for India. Because of his circumstances, he had to give up wrestling but wants to fulfill his dream via his son. But God had other plans and he is blessed with 4 daughters. That is when he gives up his dream. Until one day, when his two elder daughters (Geeta Phogat and Babita Phogat) beat the hell out of 2 boys for name calling. That is when he realizes that his daughters can fulfill his dream and trains them, against all odds to become world renowned wrestlers. It’s inspired by a true story.. 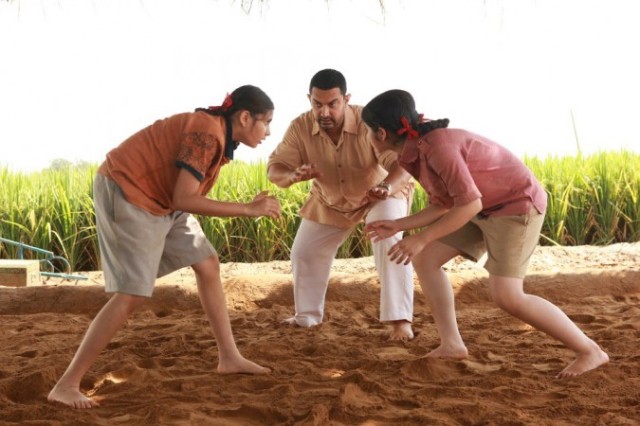 Dangal is a very well written film…. It’s a movie that will make you laugh and cry (a LOT) too! It blends family drama, emotions, sportsmanship and patriotism extraordinarily. The performances by all the actors are brilliant.. specially the 4  girls who play (the younger and older) Geeta and Babita. But thats what you expect (and get) from an Amir Khan movie -nothing except extraordinary performances by not just him, but the entire cast!

There were times in the movie, when I felt the father was being too harsh with her daughters, or pushing their limits for his own obsession but at the same he is progressive enough to let her daughters break the norms in a misogynistic rural area of India. And that is one of the reasons why the movie seems so real… people are like that.. neither black nor white! 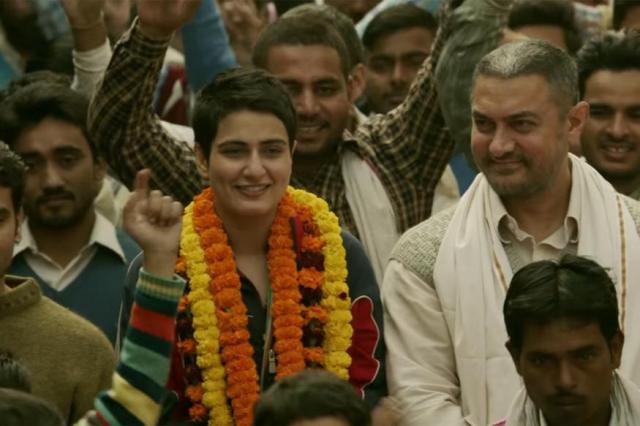 Another wonderful thing about the movie is that its completely clean.. YES! One movie that you can watch with your entire family including kids! In fact, do take your older kids to watch this movie.

Dangal is brilliantly made inspiring and emotional sports & family drama. Undoubtedly, the BEST movie of 2016 and needless to say it’s a MUST watch!

One thought on “Movie Review: DANGAL”