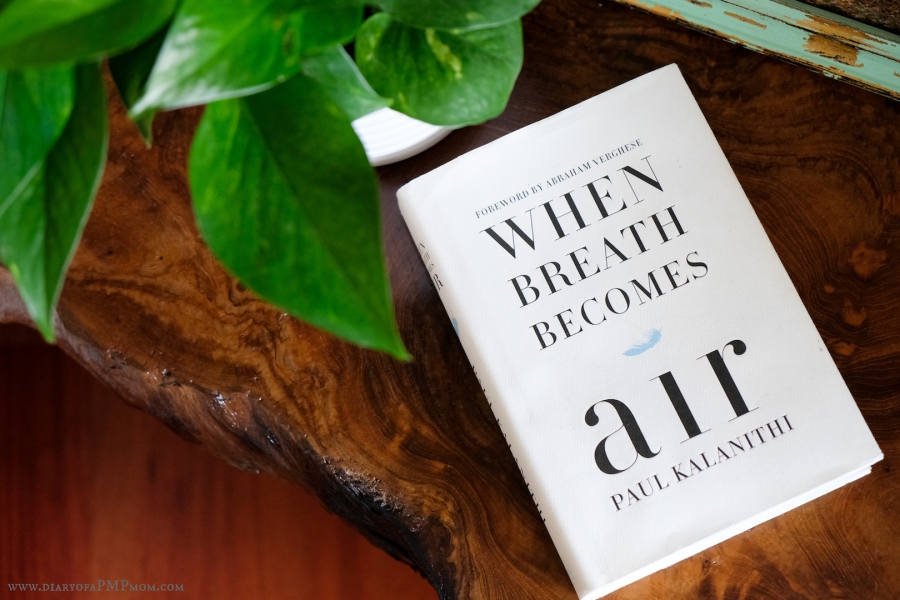 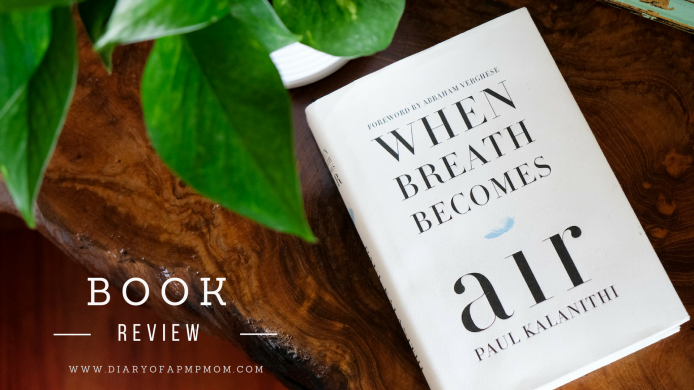 This is one book I have been avoiding to read for the longest time although I LOVE reading Non Fiction books, specially life experiences. (Why did I avoid it? You will know in a bit.) I would come across this book at book stores and avoid buying it. Then my friend wrote a review for it (you can read it here) and she ended with a note that ‘If you pick up a book next, make it this one’ – I ignored it, deliberately. Then it popped up on Drama Mama’s (another writer/blogger I follow) list of recommended books and I pretended not to see it. I successfully avoided reading it until a few days back when we came to stay at my brother in law’s house. I found this book sitting on the bedside table! (What are the chances of that happening?!!) That, to me was a sign and I eventually picked it up.

‘When Breath Becomes Air’ (a New York Times best-seller) is a heartbreaking memoir of Dr. Paul Kalanithi’s life and his illness battling stage IV metastatic lung cancer. Paul Kalanithi was a Indian-American neurosurgeon and writer, who graduated from Stanford University with a BA and MA in English Literature and a BA in human biology. He later went on to earn an M-Phil in History and Philosophy of Science and Medicine from University of Cambridge. He never wanted to be a doctor, as growing up in a household of doctors, he related medicine with the absence of his father (due to the work hours Medicine demands). Paul was driven by trying to understand “What makes human life meaningful” and in the first half of this book he talks about his love of literature and the journey of eventually taking up Neuroscience as his career.

He graduated from Yale School of Medicine and was working as a Chief Resident at Stanford when he was diagnosed with Lung Cancer. In the second half, he writes about seeing both sides of terminal illness and death – first as a doctor and later as a patient and how different they were! But all along the ride, he never gave up hope and tried to make the most of what ever time he had left. In his last two years of life, not only did he continue caring for patients, he and his wife became parents and he wrote these words that give reasons for living. Paul died on March 9th 2015 at age 37 and his wife Lucy wrote the Epilogue of the book, which is extremely touching.

Now the reason why I was avoiding this book is that I didn’t want to deal with Lung Cancer again. My father lost his battle to Lung Cancer and reading through the book made me relive those moments of CT and PET scans, biopsies, results, the prognosis, the oncologist appointments, the respiratory arrest, the ICU room, the beeps of the monitors, the mechanical breathing sounds caused by the ventilator, the calculated words that came out of the Oncologist informing us of the metastasis of the disease, the meetings for decisions discussing the long term quality of his life, his hand losing its warmth in my hands, the final breath and then the long continuos silence. My heart physically ached while reading this book.

Although my father was 70 years old when he was diagnosed with Cancer, I can’t imagine the pain that Paul (who was half of his age) and his family went through. Tears roll down my cheeks when I think about such an untimely death.

But this book made me realize one thing – how my dad would have felt when he was diagnosed with Cancer. He was a doctor and would have understood the scans, reports and prognosis much better than we did. I now understand his reasoning for not ever wanting to be intubated and yet he was, as we didn’t know it earlier and there wasn’t enough time to delay the decision making. It felt like I was reading what must have been going through my Dad’s head, during those 3 years that he fought cancer! It breaks my heart to imagine how he must have seen death approaching each day and yet he fought the disease bravely for 3 years.

This book is a extraordinary, extremely brave memoir that has left me gasping for air! Even though the book is extremely sad, it is life affirming and worth the emotional investment. A MUST read!