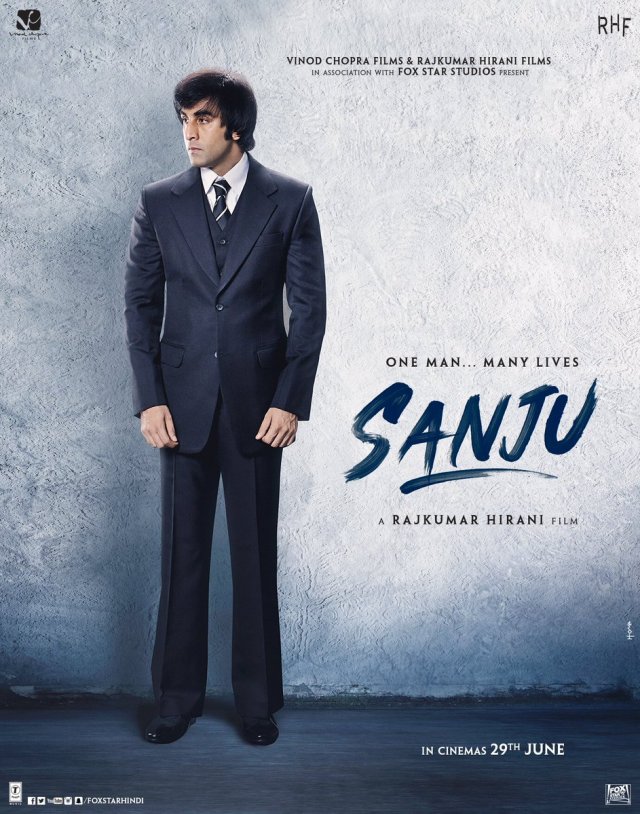 This hardly happens that I am left SPEECHLESS after a watching a movie.. I really have nothing much to say.. except Go WATCH it!

Sanju is a biopic of the the actor Sanjay Dutt and his troubled and controversial life. Sanjay Dutt has always been in the news for all the wrong reasons and through this movie, the ace director Raju Hirani tells Sanjay’s side of the story – with storytelling brilliance that keeps your eyes glued to the screen (I never, even for a second could look away!).

The relationships in Sanju’s life –  with his mother, father & best friend were absolutely touching! The tragic timing of events and his relationship with his dad, often left me in tears.

And what a SPECTACULAR performance by Ranbir Kapoor!!! He plays all of Sanjay Dutt’s antics and avatars effortlessly! If you are not already a fan of his acting, this movie will make you one!

The only thing that bothered me throughout the movie was Anushka’s wig! ( Why though?!)

A lot of reviews I read said that the movie is very forgiving towards Sanjay Dutt and puts all the blame on bad journalism. Well, in my opinion whether or not this is the whole truth, whether or not its the bad journalism that is responsible to make him look like a terrorist – I am not the judge of it!

BUT all I believe is, whether you like Sanjay Dutt or not, whether you believe him or not… BUT do hear him out – his side of the story in the most powerful way.

A powerful, emotional, impactful and brilliant film! A MUST watch!