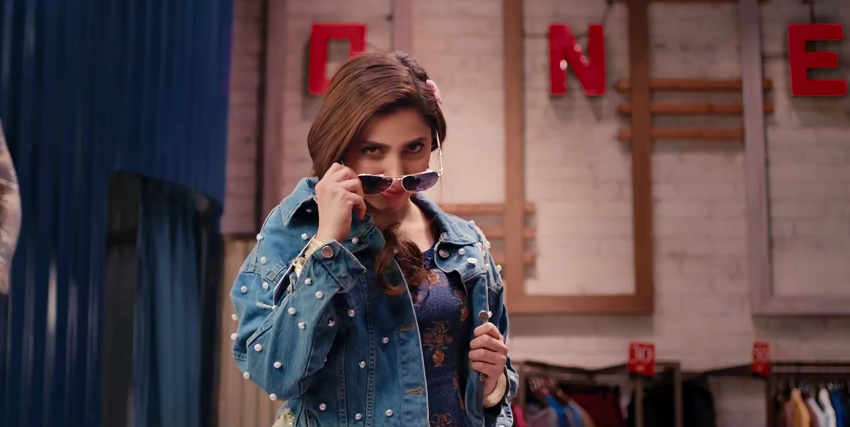 We watched the Pakistani movie “7 Din Mohabbat In” today (btw it’s playing in City Centre and The Mall Cinema in Qatar). My main reason to go watch this movie was its amazing cast. If you haven’t seen the trailer, watch it here..

So without taking much time, let me tell you what I felt about it….

The movie is an entertainer that many people might enjoy (and hence it’s getting such good reviews!?). I think it’s an attempt to make cinema that the masses would enjoy, something like a Govinda/ Salman khan kinda comedy movie that is meant for a different kind of audience.

Btw, I am not trying to say I am very sophisticated or anything…  I do enjoy cheap, non-sensical comedy too like Andaaz Apna Apna (with Crime Master Go Go!), but this was definitely not that level of comic timing or acting or screenplay – at all! Probably a baby step in exploring that kind of cinema genre.

BUT this was definitely NOT my cup of tea! While in cinema, I was on my phone and constantly looking at the time, waiting for it to be over! When the Intermission came, I was like “WHAT, we are just halfway through!?”. I found it painful!